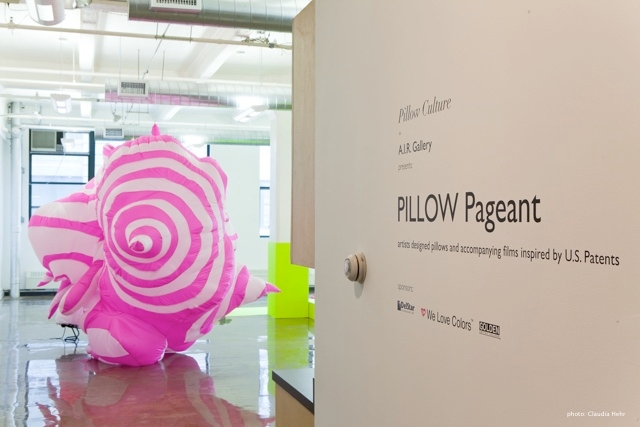 Despite its role as a universal sleep-aid, the pillow escapes scrutiny as a designed object. Although anthropologists have studied pillows of pre-industrial cultures, the modern pillow has emerged through the realms of art and invention. Works such as Andy Warhol’s Silver Clouds, Yayoi Kusama’s Pillow, and Marina Abramovic’s stone pillows, demonstrate that the pillow can be a medium for both creative and critical inquiry.

The modern pillow is also a technological artifact that has been the object of a sustained effort at improvement and innovation.  Submissions to the U.S. Patent Office document attempts to improve the pillow – to augment, bolster, and protect the body – as well as to invent new pillow prototypes. Brought together in this exhibit, the pillows of artists and inventors offer a record of changing notions of comfort, hygiene, prosthetic support, beauty, and intimacy. Thus, PILLOW Pageant seeks to draw upon these two strains of pillow-making as a means to catalog a cultural history of the pillow. 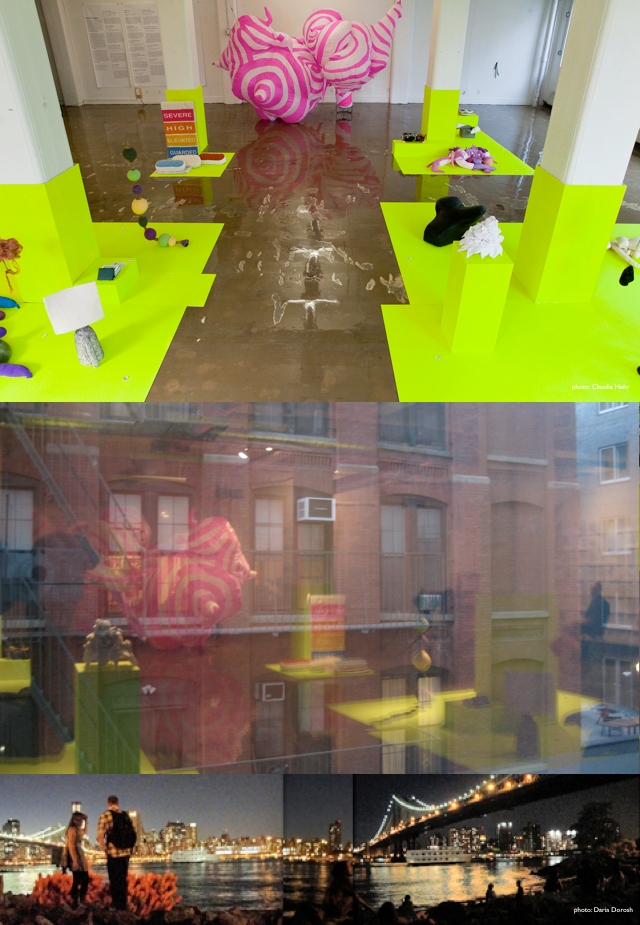 The curators assembled PILLOW Pageant through an open call for works that responded or referred to a pillow documented under a U.S. patent. This exhibit catalogs the submitted works as well as the U.S. patents the artists took as their point of departure.  In addition, some pillows are the subject of a short film that documents either the process of its making or extends its engagement with a given patent.  The collection of films and images below comprise the first of A.I.R. Gallery’s online exhibit programs.